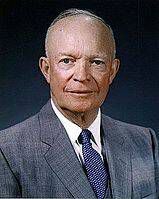 Talk all you want about why the Roman Empire fell or what happened to that man who jumped out of a plane in 1971 with tons of cash in a satchel.

I don’t care, because I have a mystery so dense that neither historians nor scientists nor the police will ever try to solve it.

How did our mothers and grandmothers (and beyond) get such great cakes, pies, and other tasty treats out of a kitchen charcoal stove without a temperature control for the oven?

Think about it for a few seconds. I just bought some apples at the farmer’s market with the intention of making a deliciously tangy apple pie. The first thing I will do (after cutting them out) is to look at the instructions on the refrigerated crust package for temperature and time.

My mother in the 1940s baked all kinds of neat pastries with no instructions on the package, no temperature dials – nothing but an otherworldly sense of baking, probably passed down from medieval times. . And I can still taste the results.

Is there anyone of working age in America today who can do shorthand, operate a mimeograph machine, and correct typos through two layers of carbon paper?

There are a lot of old technologies that we forgot to use, and that have already done the trick for us. I would need a refresher course on how to operate the booming cash register we had in our 1950s store, before we got our new adding machine with the lever.

My years in the Air Force were spent becoming experts in huge pieces of spy equipment that today would be ranked perhaps twice ahead of cavalry sabers for national defense.

Automobiles? I’ve ridden flivvers made as far back as the 1920s, but the only way to get them moving would be to find someone to help me push them.

In case you were wondering, here’s how the coal stove worked. It was a huge black iron contraption that sat in the kitchen, with a large vent leading to a chimney. Next to it was a bucket called a “bucket” which contained anthracite coal, with a small shovel sticking out.

You would put just enough coal in the firebox of the stove to provide the heat you need to keep warm or to cook. You would make coffee by putting the pot on top. At least you knew when the coffee was ready, because that would give you pleasure.

To bake, grill or roast, you would put the food in the cavernous oven with a dungeon-like door. Of course, even in summer you would need roaring flames.

But – here’s the trick – while you can regulate the fire by putting in more or less coal, you can’t in any way set the exact temperature as you can with any type of stove today. Your “dial” was your finely honed ESP on the size of the fire and how long you should leave the item in the oven. Well, that in addition to occasionally opening the oven door and peeking inside.

Maybe that’s why the stuff tasted so good. Mom and Grandma had to work as blast furnace operators to put things on the table.

Wish me good luck. These apples aren’t going to jump into the pan on their own.

Tom Mooney is a Times Leader historical writer. Join it at [email protected]