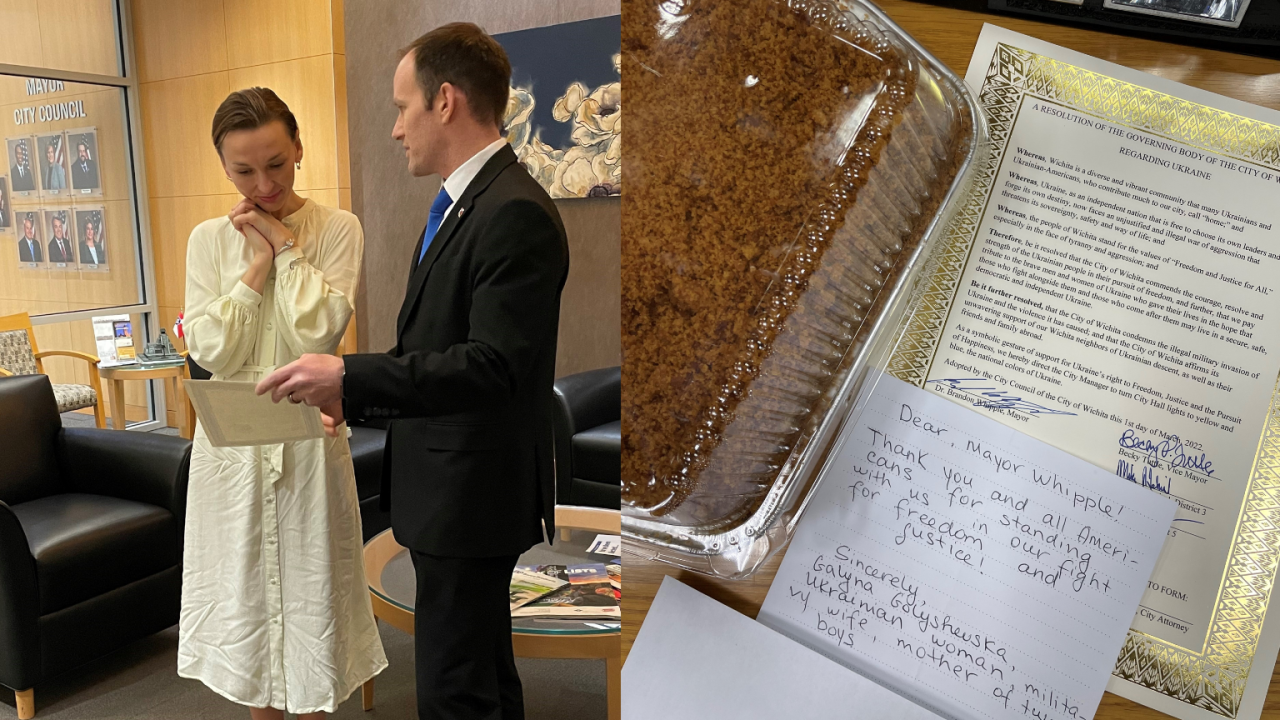 The reason why? An act of gratitude from a Ukrainian immigrant.

“We are going to intervene. I apologize for being a few minutes late. We had a woman, fair, who was in the office dropping off a pastry to thank the board. She’s from Ukraine and was born there and wanted to thank the council for our support, and of course I wanted to spend a few minutes to chat with her,” Wichita Mayor Brandon Whipple said.

The woman, Galyna Golyshevska, delivered a cake along with a thank you note:

Thank you and all Americans for standing with us in our fight for freedom and justice!

Golyshevska told Mayor Whipple that the war was taking place in her hometown and much of the destruction broadcast was very close to her childhood home.

Sedgwick County Commissioner, with personal knowledge of Ukraine, asks for prayers for the people

She also says that the actions taken by elected officials, such as the vote of the Revolution Council on Wednesday March 3, send a strong message that Ukrainians are not alone and that this keeps the people strong.