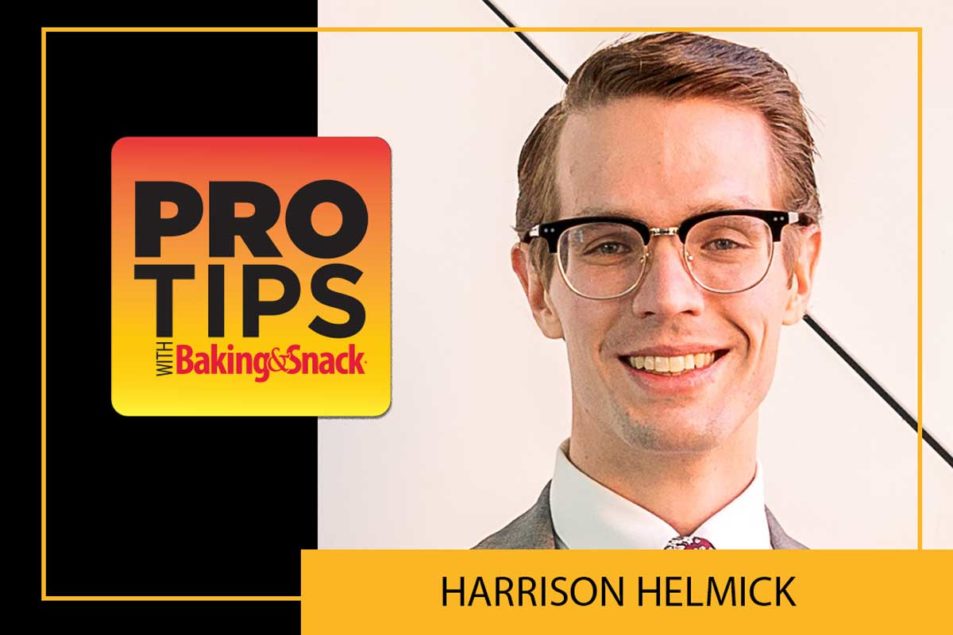 Pro tip: Determining its structure can help you adjust your formula to get the most out of your pea protein.

Pea protein is a trendy form of vegetable protein that is widely available commercially and is increasingly appearing in baked foods as part of high-protein formulations or more sustainable products. Although there are several applications for pea protein, it has proven particularly useful in the dessert category, in part because it can form gels, mousses, frostings and emulsions that help replace egg protein.

However, incorporating pea protein into baked foods requires some trial and error, as product developers have to deal with off-flavors and the protein’s sometimes missing functionality. Methods of protein isolation and product formulation have a significant impact on protein functionality.

Pea protein belongs to the category of legumes, which are legumes with a low oil content. The protein has a primary structure rich in hydrophobic amino acids; it also contains substantial amounts of lysine and glutamic acid. The secondary structure is composed of about 40% β-sheet structures, which leads to the stabilization of the protein structure by hydrogen bonding. In pea protein, these β-sheet structures form two internal pockets with hydrophobic interiors that can trap compounds that produce off-flavors through oxidation, such as hexanal.

Additionally, pea protein contains appreciable levels of lipoxygenase, which catalyzes oxidation reactions, resulting in additional off-flavor production during storage and processing. Due to the strong bond between compounds that produce off-flavors in pea protein and the structure of the protein, producers employ a variety of methods to remove these compounds and deactivate the enzyme lipoxygenase, often as part of isolation pea protein. plain flour. These include soaking the protein in acidic or alkaline conditions and adding heat to denature unwanted proteins and remove compounds that produce off-flavors. Reducing unwanted flavors can also be aided by defatting the protein. However, these processes also alter the structure of pea protein, impacting key functionalities such as protein solubility, which directly impacts its ability to form gels and emulsions.

Figure 1: A – Native structure of pea protein vicilin. B – Region of β-strand (red) in pea vicilin where some of the compounds that produce off-flavors are believed to bind. C – Structure of pea vicilin with lysine shown in blue and glutamic acid in red. These are the amino acids that transglutaminase cross-links to form stronger gels.

Regardless of the isolation steps, pea protein has several common characteristics. Pea protein generally denatures around 90°C and has an isoelectric point of around pH 4.5. This means that when gelling the pea protein, a temperature above 90°C must be reached; this temperature can increase in the presence of high levels of sugar or salt.

The isoelectric point represents the point where pea protein is least soluble, and as the pH increases or decreases from 4.5, the protein becomes more soluble, with good solubility around pH 8.0. This suggests that while it is possible to process foods baked at a pH close to 8.0, emulsions and gels based on pea protein will be the strongest.

Transglutaminase can also be used to induce stronger gels in pea protein by cross-linking lysine and glutamic acid into the protein’s primary structure. This can be particularly useful in the production of eggless cake and cookie formulations where strong gel structures are required. This solubility point is also critical in the production of egg wash glazes from pea protein.

If the protein is solubilized and thoroughly mixed, shiny edible protein films are formed which can be used in the production of alternative egg washes from pea protein. Glazes like these are best formed at relatively alkaline pH, but by extracting the protein by methods that minimize heat input and adding sorbitol or glycerol, liquids can be made at near neutral pH which sets into shiny coatings when baked.

Harrison Helmick is a PhD candidate at Purdue University. Login to LinkedIn and check out her other baking tips at BakeSci.com.

His research is carried out with the support of Jozef Kokini, Andrea Liceagaand Arun Bhunia.