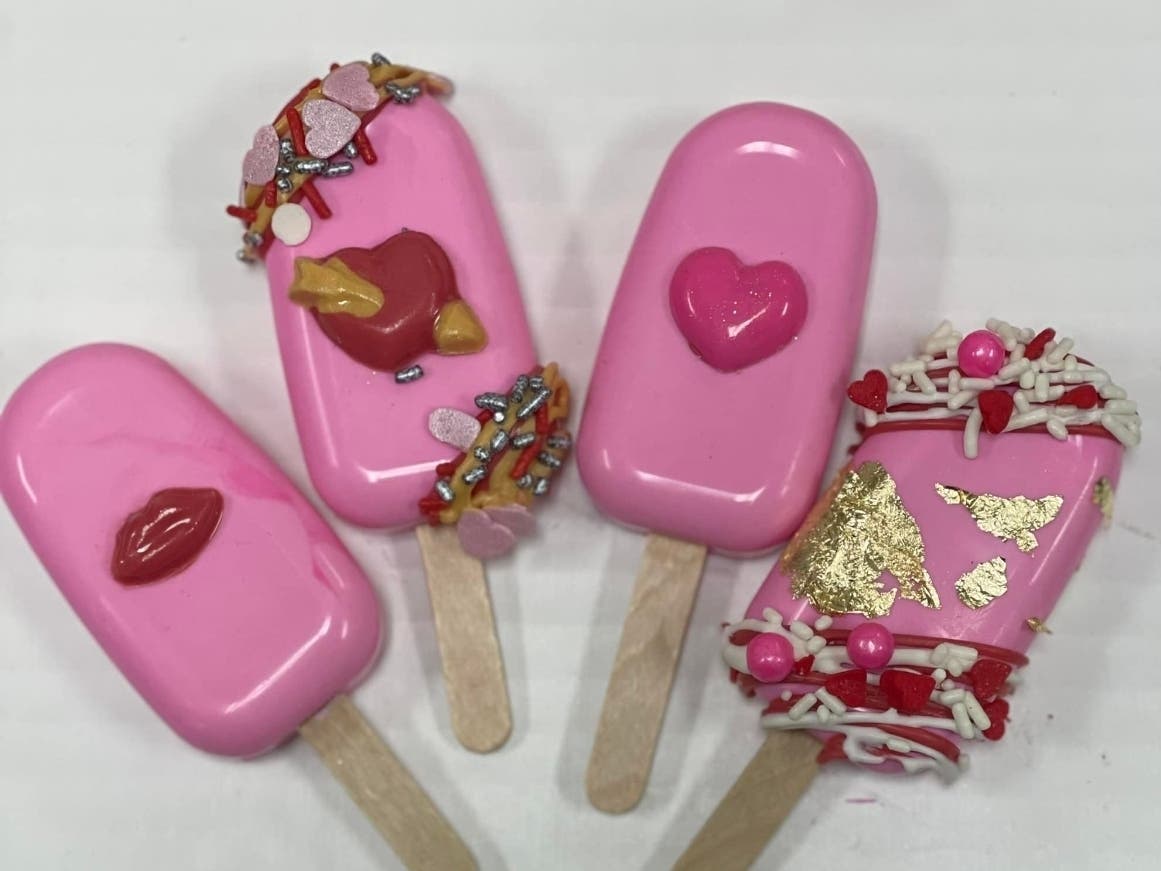 CRANFORD, NJ – Valentine’s Day is fast approaching and the new owner of Sweet N’ Fancy Emporium/The Sprinkle Experiment in Cranford is ready to spread the love with her delicious baked goods.

Amanda Girardi, the new owner and manager of the popular bakery since September, has created an entire Valentine’s Day menu for her customers. The menu includes everything from chocolate broken hearts and chocolate lollipops to heart-shaped cakes and more.

Girardi said she became the owner of Sweet N’ Fancy completely by accident.

“None of this was planned,” Girardi said. “I entered [the store] in April or May to stock up and the owner literally asked me if I wanted to buy the store. And I kinda looked at her like she was crazy.”

Prior to entering the baking business, Girardi was an executive at a credit union for 20 years.

But because of Girardi’s love for retail and also baking, she decided to tackle the Sweet N’ Fancy Emporium, which has been around since 1989.

She said her dad is a retired chef and she was brought up on home-cooked food and made everything from scratch. Gifting baked goods to friends and family eventually became her love language.

“Over time, whether for gifts or for holidays, I would always offer some kind of food or pastry,” Girardi said. “But especially at work for people’s birthdays and parties and such, they always asked me to do things and I never really sold them.”

“It’s hard to put a price tag on your work, especially when you were doing it just because you wanted to do it. And then it started to become a lot [of attention]. So that’s really how it started.”

Girardi said the Cranford community has been really supportive of the small business and she said she appreciates all the support she has received.

Sweet N’ Fancy has been undergoing renovations for a few months, but Girardi said the renovation should be done in early March. She also said that as soon as the renovation is complete, she will post a program with baking lessons and start allowing people to have parties in the store.

The bakery is also currently in partnership with Track 5 Coffee in Cranford. Girardi said Track 5 was selling the bakery’s famous crumb cake and they were “selling like wildfire”. Track 5 will start selling more bakery items, like cookies and muffins, very soon – according to Girardi.