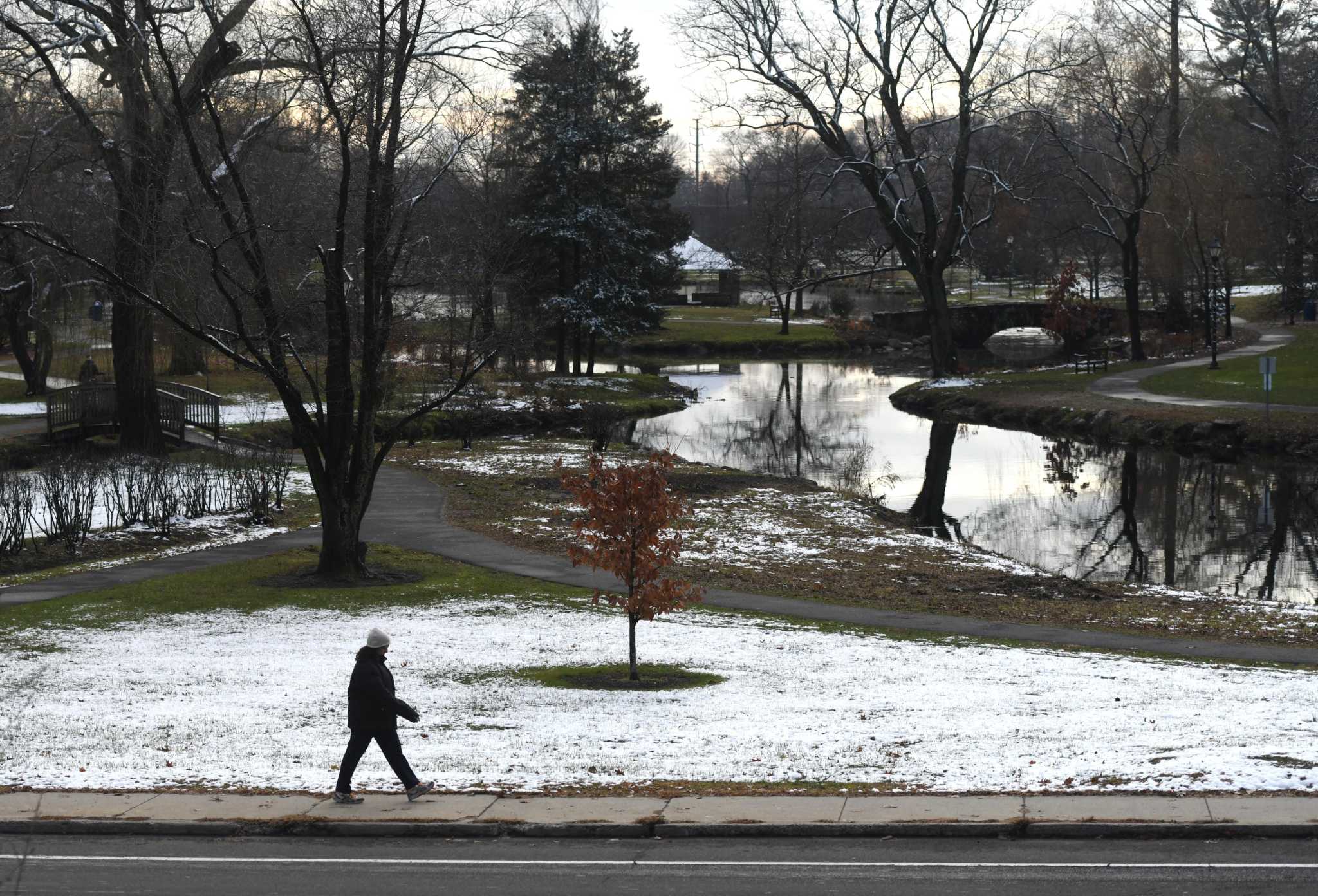 The Department of Public Works will hold a public hearing on February 28 on planned improvements to one of Old Greenwich’s most visible roads, the one around Binney Park.

The street is part of Sound Beach Avenue and Wesskum Wood Road and has been declared a “scenic route”, requiring more official oversight.

“The project involves improving pedestrian safety, updating the ramps to be ADA compliant, updating the materials to the standard for this area of ​​town, maintaining consistency along along the pedestrian path from the park to the sidewalk and improve the setting of the park,” said Renee Wallace, communications specialist for DPW.

The audition will take place on Zoom from 2 p.m. People can participate by clicking on https://bit.ly/361wTrH just before the start of the hearing.

Improvement work, which is currently budgeted, is expected to begin in March with the revised Sound Beach Avenue Bridge Replacement Project, which has already been approved. Proposed curb and sidewalk work will also begin at this time and is expected to be completed by winter.

Work on the Wesskum Wood Road is likely to be carried out in September, when that road will have a bridge replaced, officials said.

The actual cost of the project has not been finalized pending the outcome of the public meeting.

The public hearing is required because the route has been declared a scenic route by the city.

Residents of Old Greenwich formed the Eastern Greenwich Preservation Association after opposition arose against the proposed bridge replacement and road elevation on Sound Beach Avenue which would have altered the Memorial Library roundabout Perrot.

This original project was eventually abandoned and the preservation association worked to obtain scenic route declaration so that there could be further review of all projects that bypass the route from Sound Beach Avenue to Binney Park.

Community Centers Inc. will be hosting a special bake sale on February 14 at City Hall starting at 10 a.m., an event truly run by kids for kids.

The CCI children will be working in the kitchen this weekend to cook items that will be on sale and available for purchase by the public on Valentine’s Day in the lobby of City Hall. The sale starts at 10 a.m. and is supposed to end at 1 p.m., or until the food runs out.

This is the third time CCI has held the bake sale. Proceeds from the sale go to the kids for a fun activity to reward them for all their hard work.

Community Centers Inc. is a non-profit social service agency based in Chickahominy. It offers a combination of educational and therapeutic recreational programs that help its clients “overcome educational, social and economic barriers.”

“We are all really enjoying this event,” said CCI CEO Gaby Rattner. “Before the bake sale, the kids work with the staff and volunteers to prepare all the deliciousness. Baking is, of course, a wonderful craft and it also builds math skills. Working together to create these beautiful cakes and cookies is great teamwork. And when children sell their creations, they gain self-confidence.

And beyond the lessons it teaches, Rattner said, it’s also “just a lot of fun.”

The activity for which the money will be used will be decided by the children as a group.

City selector Janet Stone McGuigan called the bake sale “democracy in action” when she plugged it in at the last Board of Selectors meeting.

“We are so grateful to City Hall for allowing us in and we all love to share the love,” Rattner said.

The town is again looking for volunteers to help with the fish pass at Mianus Pond.

The City Conservation Commission will be holding a virtual workshop and information meeting from 7-8 p.m. on February 23.

According to the panel, the fishway has been in operation since 1993. It “allows fish such as gaspereau and blueback herring that spend part of their lives in fresh and salt water to have access to important spawning and feeding grounds in the region. Mianus River.

Herring populations have declined over the past two decades and remain in a depressed state across much of the region, the commission says. Mianus Pond Fishway supports one of the largest fish runs in western Connecticut. The commission says volunteers are capable of making a big impact and wants the pool of volunteers to grow.

The virtual presentation will include a PowerPoint presentation on the history of the fishway, the fish that use it, how it works, and the tasks a volunteer will be required to perform. It ends with a question and answer session.

Volunteering is open to anyone interested; no prior knowledge of the fish pass is necessary to attend. The commission said all local residents, fishing groups, watershed employees and city employees are encouraged to attend.

As this is a virtual event, pre-registration will be required. Those interested in participating should email [email protected] Once registered, they will receive the link for the Zoom presentation.

A tradition each December, close to Christmas, for chapters of the Daughters of the American Revolution is to participate in the Wreaths Across America ceremony.

The ceremony is an offshoot of the laying of wreaths by Arlington National Cemetery at the graves of veterans at the Tomb of the Unknown Soldier monument, performed every December 18. Similar ceremonies are held in more than 1,600 locations across America to celebrate veterans.

Last December 18, members of the DAR’s Putnam Hill Chapter gathered at Christ Church Cemetery where 17 known Greenwich Revolutionary War patriots are buried along with other residents who served in the Civil War.

At the Putnam Hill Chapter ceremony, members of the local Mary Bush Society of the Children of the American Revolution laid the wreaths, with remarks by Bill Cameron of Cos Cob VFW Post 10122

“It was a particularly valuable educational opportunity for the students who were very interested in learning more about his military experience and (Cameron) made time for questions and answers after the ceremony,” the chapter said.

Those interested in hosting a small event or meeting at or visiting Putnam Cottage or joining the Putnam Hill Chapter of the DAR or CAR can contact [email protected] via email.

DAR is open to all women 18 and older who have a direct line to an American who served in the American Revolution. Genealogists are available to help interested people with their requests. More information is online at http://PutnamHillDAR.org.