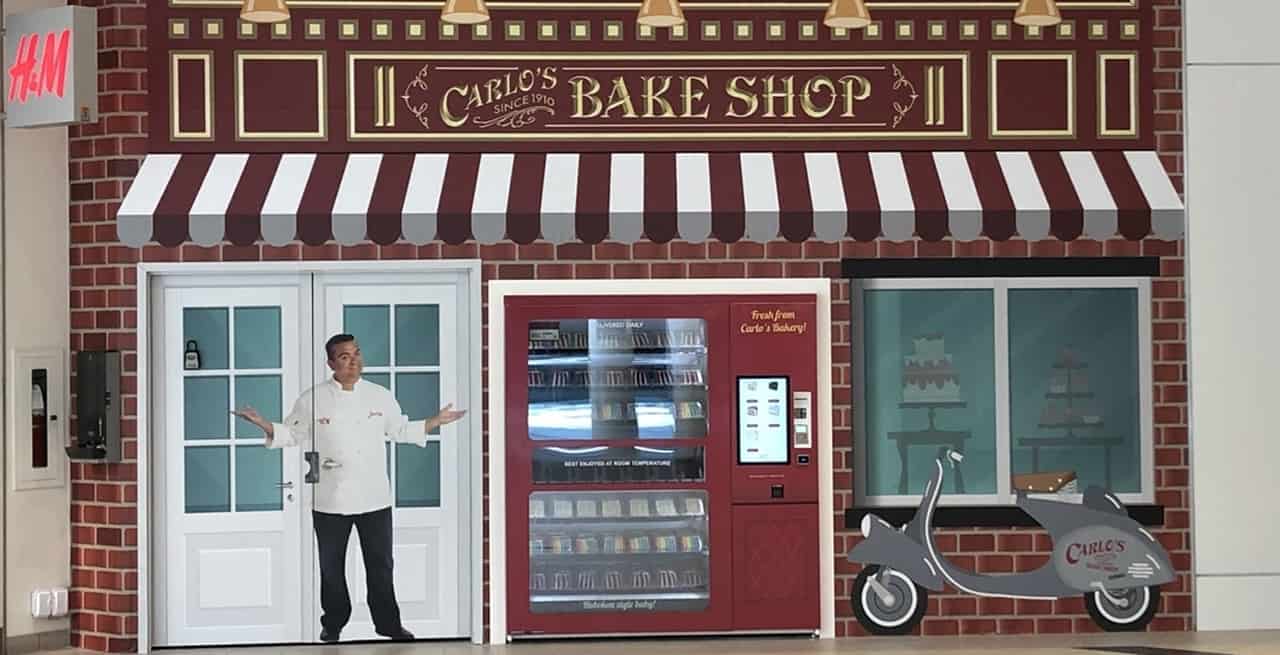 Carlo’s Bakery has only been open in the Port Credit area of ​​Mississauga for a short time, but it’s already branching out.

The Bakery, made famous by the hit TV series cake boss based on the events of its original store in New Jersey, will now offer on-demand pastries at Pearson Airport through vending machines in Terminals 1 and 3.

Known as the “Cake ATM,” the machines will offer Cake Boss specialty flavors such as Rainbow, Red Velvet, Cookies, and Cream and Carrot.

Although the ATMs at the airport are new, one has been operating successfully at Square One since 2020.

Carlo’s Bakery opened its original Hoboken shop in 1910 and was taken over by the Valastro family in 1964. Buddy Valastro currently runs the empire, which he indeed became once the bakery hit the airwaves in 2009. The show, called the cake bossfeatures Buddy and his team creating elaborate custom cakes.

The Port Credit location, the first in Canada located at 167 Lakeshore Rd. W., offers cakes, cannoli, eclairs and everything you might find in a typical Italian bakery, but with an upscale presentation and a ready-made audience thanks to 10 years of television exposure.

The bakery plans to increase the number of vending machines in various locations in the GTA and has just announced that it will open another store in Toronto’s Yorkville neighborhood.