The 83rd edition Berlin Brothersvalley Community Fair had everything for entry day Wednesday. The community event runs until 11 a.m. Saturday in the Berlin school gymnasium and the 2 p.m. pedaling and 4 p.m. farm tractor pull are scheduled for Saturday afternoon at Clearway Energy.

From towering corn stalks to unique garden vegetables like kohlrabi to miniature farmhouse displays and double-layered burnt sugar cakes, there was something special displayed on every shelf of the Berlin school gymnasium.

Buy a fall decoration:Ready to welcome fall? Here are some local farms with pumpkins, potatoes, apples and more

For Danielle Hillegass of Shanksville Road, Berlin, the Berlin Fair has special meaning as it allows her family to come together to display their farm’s harvest.

She and her husband, Luther Hillegass, and their children, Nevin, Cora and Annie, and her mother, Brenda Shaffer, spent time on Wednesday afternoon getting into things like corn, first and second cut hay , field and silage corn, pumpkins, flowers and grasses.

“We love it,” Danielle said. “The Berlin Fair is such a community-supported, high-end event with great competition. There are so many dedicated agronomists and good gardeners here with good entries in every category.”

Where to go:What’s happening in and around Somerset County in September?

For Danielle and her family, gardening is a way of life and she hopes to pass this passion on to the next generation.

“Gardening is a family hobby for us and we’re excited to see things grow,” she said. “It’s about seeing the next generation learn where their food comes from. Eating from the garden gives kids a more varied menu and a love of the land.”

Eating from the garden is something Jim Little, from Berlin, and his wife, Judy, do all summer with 12-foot-tall tomatoes tied up in a garden seasoned with cow manure the previous winter. The Littles brought a 15.81 pound Kohlrabi, a 2.5 pound onion, cabbage and a watermelon. Jim is known at the Berlin Fair for growing large vegetables.

“We’ve had good rain this summer,” said Judy Little, who helped out more in the garden this summer while Jim lay in bed after surgery. “We use what we grow and develop recipes as we go.”

Back home:83rd edition of the Berlin Brothersvalley community fair, a return to basics

Jim says some of the cabbage will be frozen for haluski and pigs in the blanket. Then, the Guinness Kohlrabi shown at the show will eventually be baked with garlic and Parmesan cheese and sliced ​​like fries.

The Croner family from Berlin may not have grown vegetables for the fair, but they put together a miniature farm exhibit from scratch. The miniature farm exhibit area at Messe Berlin is still one of the largest and allows boys and girls to create an exhibit on a piece of painting in their own imaginative way.

Thirteen-year-old Noah Croner, son of Glenda and T. Croner of Huckleberry Highway, Berlin, decided to bring a farmhouse display he created from parts he picked up at a hardware store and some things he salvaged from Christmas and birthday gifts.

“I’ve wanted to do a show for the past few years, but I’ve been too busy over the summer,” Noah said. “This year I had time, so I worked on it and put it together.”

His mother Glenda says young Noah loves all things farming and this entry has allowed him to express his creative side in a farm-like way. Noah’s younger brother, Levi, 11, helped Noah bring entry to the fair.

Fair board members Brad Flick, Karen Hittie and Diane Landis all reported that the fair’s entry day went well and things were stable throughout the day.

Brad Flick, chairman of the fair’s board, said Dave Ogline from Somerset brought in a 450-pound pumpkin that was a show stopper.

Karen Hittie said the volunteers had just learned on Wednesday afternoon that one of their longtime exhibitors, Betty Haas of Vanderbilt, who had brought many baked goods and preserves to the fair for decades, was recently deceased.

“Betty could be counted on for many entries and she was always loyal,” Hittie said. “We were lucky to have lots of people baking chocolate cakes, maple cakes, burnt sugar cakes, fudge, pies and cookies. We had a great demonstration of baked goods.”

Baked goods are still auctioned off at the fair auction on Thursday nights, and then that money goes to the fair’s fund for operating expenses.

Diane Landis, who has volunteered with the children’s department, said things were steady all day with increased traffic after school hours.

“It’s hard to explain what’s going on here,” Landis said. “That’s why people need to get out and visit. We have a bit of everything. There are so many beautiful entries, from paintings to puzzles and from crafts to baked goods. We have it all.” 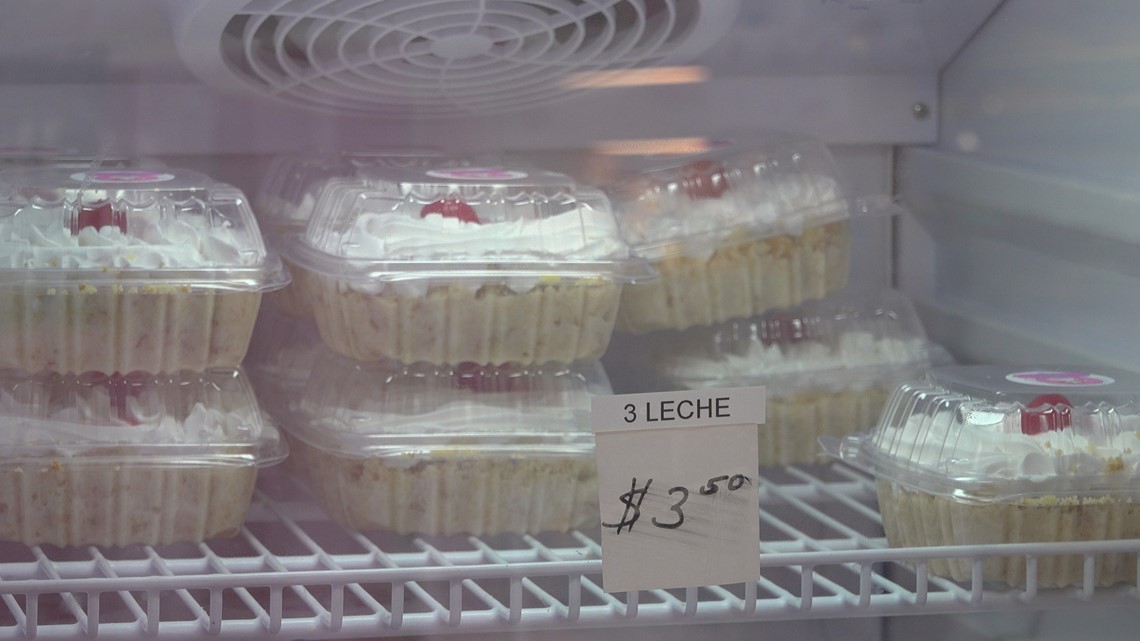