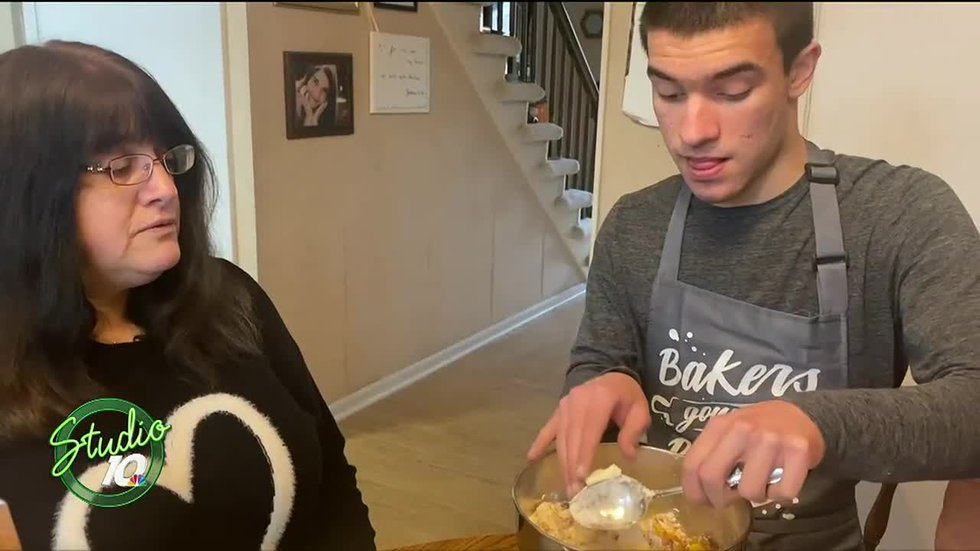 Not only does the company share sweet treats with the community, but it also raises awareness about autism.

Dominic’s love for baking started when he was younger, but the idea of ​​starting a baking business came during the pandemic.

Just like his sweet treats… Dominic’s confidence grows with every order.

When the pandemic gave Dominic and his mother more free time, the two took to the kitchen.

“Dominic saw a private speech therapist, she was teaching Dominic the skills that if you cook something you sell it to me. I’ll give you the money,” Catherine said. “We started in November 2020 with a friend baking cupcakes for her son’s birthday and it snowballed from there.”

You can say it again, just over a year later – Baked Goods by Dominic has received over 200 orders.

Dominic’s 200+ orders have not only reached the Mid-Michigan community, but nationwide.

“So people have just poured in support, you know Dominic has built this huge community on facebook. We have over 700 followers on facebook. we don’t have a website but people are engaging on the facebook page .

Sometimes support for Dominic comes in the form of donations, like a new cookie scoop and a miker.

Because the community has been so kind to them, Dominic has a loyalty program where after a certain number of orders, a dozen cookies will be donated to local organizations.

Dominic has been busy with orders and preparing for his first event as a local shop salesperson for Sensory Sunday.

“For two hours people can walk into the Mother and Earth Baby shop and the lights won’t be bright,” her mother said. “It’s going to be a controlled number of people in there and it’s the first time we’ve been asked to be a vendor at an event, so we’re going to be there with our baked goods.”

Cathy hopes events like these can prepare Dominic for his next dream… owning a brick-and-mortar bakery.

“We want to hire people with disabilities, a lot of people with autism have strengths, they have weaknesses like everyone else, but just give them that chance and they can do amazing things.”

You can order from Dominic and find his Amazon wishlist here: https://www.facebook.com/Baked-Goods-By-Dominic-103914315032150

Subscribe to our News newsletter 10 and get the latest local news and weather straight to your email every morning.